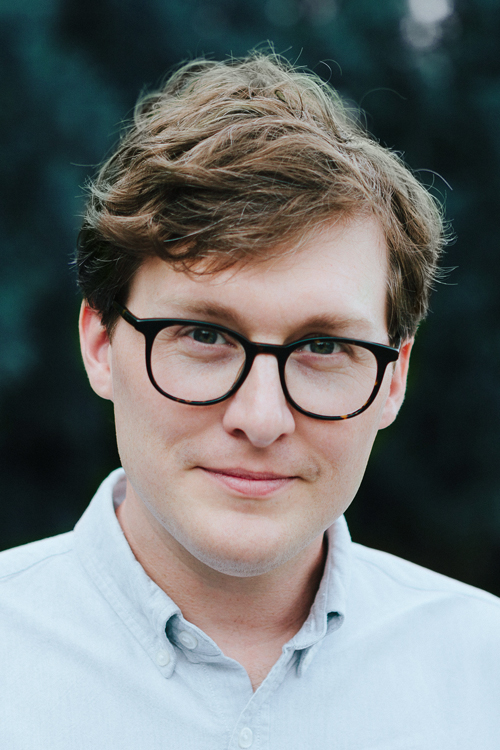 Eric Smith has published his work widely in journals such as 32 Poems, Southwest Review, The New Criterion,  Pleiades and The Rumpus. He also has turned his hand to innovative literary publishing as a founding editor of cellpoems, the award-winning poetry venue distributed via text message.  His first book of poetry, Black Hole Factory, was published last year by the University of Tampa Press as winner of its Tampa Review Prize for Poetry, and released in time for the AWP Conference in Tampa, March 7-10, 2018.  Over the months since then, Eric has launched the book with an unusually crowded schedule of readings and appearances, and the forthcoming double issue of Tampa Review includes a sampling of poems from the book.

Editor Richard Mathews asked Eric to reflect on his promotion of the book through his readings, and how they affect and inform his poems, both old and new. 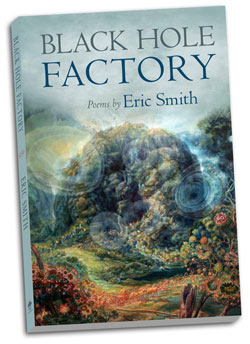 Mathews: You are the most recently published winner of the Tampa Review Prize for Poetry,  and your prize-winning book,  Black Hole Factory, was released last  fall.  For the past few months you launched the book with quite a few readings and book-signings.  Since this is your first published collection, it must have been an interesting experience.  Can you mention some of the highlights?  What were some of the readings that are the most memorable?

Smith: Reading at the Sykes Chapel at the University of Tampa was an incredible experience. It’s difficult to imagine a more perfect space. It feels at once intimate and vast, and the Chapel is perfect for both music and contemplation. It almost feels as if it were built for poetry.

The first reading I gave from the book, at the A. E. Stringer Visiting Writers Series in Huntington, West Virginia with the poet Mary Imo-Stike, was quite meaningful; as was the one a few months later in the MFA@FLA Reading Series in Gainesville, Florida, with my friend Jackson Armstrong. Both readings felt in a way like coming home given that both were central to the kind of writer (and colleague, and friend) that I am.

Mathews: Before this first book publication, you had  participated in quite a few readings—both group and individual readings—and I wonder what you have found to be different about the readings you are giving now.  What differences have you noticed in both your own reading performances, and in the way listeners respond now that you have a book?

Smith: I don’t know that the audiences I’ve been lucky enough to read to are responding to the work in a measurably different way. But for me, having the book in my hands does make a difference. I find myself remembering those earlier events, remembering how the poems have changed, how I’ve changed. It’s a good reminder that the writing, and even publishing a book, are part of a process, one I’m still in the middle of.

Mathews: Do you think of the book itself differently after having read so much from it to audiences of various kinds?

Smith: When  Black Hole Factory  was still only a manuscript, it was easy to think of it as “my book.” Now that it’s out in the world, I don’t feel as intensely that sense of ownership. I’m lucky in that I’ve received some kind comments and messages from readers who feel moved by certain poems, certain lines. I’m glad to know the book is finding people to talk to, mostly without me.

Mathews: Is all of this reading practice helping you?  Are you becoming a better reader?  Is it making you a better—or a  different—poet?

Smith: I know the poems a bit better now. I find myself a little less dependent on the page, which helps me connect to the audience. But it also means that I’m trusting the poems–their music, their rhythms, their moments of quiet.

Mathews: How much new work—poems not in your first book—do you  usually find yourself including in readings?

Smith: I’ve not yet had a reading that included poems not in the book. That will probably change soon. But for now, I’m trying to let the book have its moment. This one took almost ten years to finish. I’m not in a rush.

Mathews: Do you think having shaped your poetry into a book, and having come to know that book well over the past few years—from manuscript preparation and submission through publication and launch—do you find yourself  thinking differently about new work?  Are you writing poems now with a new book in mind?  Are you thinking of developing thematic strands or stylistic elements of voice that link the poems? Do you find them linked to  Black Hole Factory?

Smith: There are definitely aspects of  Black Hole Factory  that were preparing me for the poems I’m writing now. Often I wasn’t aware when this was happening. But I don’t know that there are any overt links or strands—stylistic or otherwise—that I’m consciously deploying. I’m sure that all of my little obsessions are still there.

Mathews: How has handling a  heavy schedule of readings and appearances impacted your writing?  Has it been hard for you to find the time and creative energy to work on new poems?

Smith: It’s been no harder than it always is for this easily distracted writer. If anything, the events I’ve been invited to have only fed the work. It’s impossible for me to overstate how grateful I am to talk to students about making poems, or to share a mic with other writers. I’m still turning over some of the questions that Don Morrill’s students asked when I visited Tampa back in November. [At another event?] I was lucky to also read again alongside friends I met as a North Carolina Arts Fellow–Patrice Gopo, Bryn Chancellor, and Kathryn Schwille.  In January, I was a guest at the Writers Weekend at Summerville at Augusta University, where I was shattered by the work of Fiona Sze-Lorraine, Cinelle Barnes, Frank Iodice, Stephanie Kartalopoulos, and Laura Leigh Morris—tremendous writers, all.

That said, I’ve also had a few significant changes these past few months. I resigned my teaching position at Marshall University and joined the staff of the  Sewanee Review  as Managing Editor. I moved to Tennessee. But I still find myself more mornings than not with a little time to write, and that’s enough.

Mathews: What are you working on now?

Smith: Our editorial team is assembling the spring and summer issues of the  Sewanee Review. I’m trying to get in shape for some of the hikes my wife has planned for us this spring here on the mountain. And poems, I suppose—ones that I hope will be a part of a new book that in my more optimistic moments I’m calling  Cashtown.