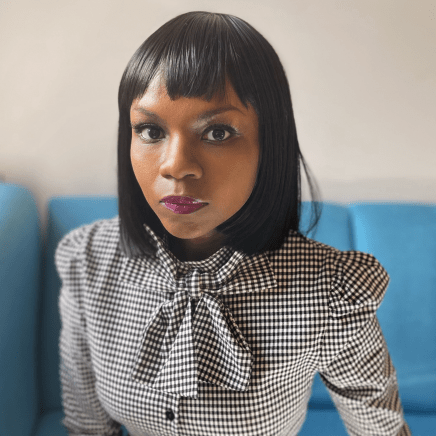 Tampa Review wishes to congratulate Mary-Alice Daniel, who has just won the 2022 Yale Series of Younger Poets competition, and whose poem “Active but Odd” appears in Tampa Review 61-62. Daniel was born in Northern Nigeria and raised in England and Nashville. Her poems have appeared in The American Poetry Review, Prairie Schooner, The Iowa Review, New England Review, Indiana Review, Callaloo, and Best New Poets. Her adopted home is Los Angeles, where she completes her debut poetry collection while earning a PhD in English Literature and Creative Writing at the University of Southern California.

… and it happens again in every sequel.

Jack the Journalist came to expose LA crime, then killed 3 prostitutes in homage to his subject.
Of ___ active American serial killers, see what three-quarters call home and happy hunting—
Lots leading out to nowhere, people all chased off; Actual ghost towns under the star of doom;
Man in his hole by some party store. In order to move such an audience, you must write coldly:

A parking ticket is not atrocity, no matter how unjust. Setting up in the middle of bad industry,
film crews first hack through the knots of our improperly buried: Apocalypse with so little prep.
In this subculture of specters, the estimate of unknown murders in history is our ‘Dark Figure’:
Scores whose magnitude we wandered through in a skiffling past and in the soft-shoe of having

Comments are closed, but trackbacks and pingbacks are open.